This step-by-step picture guide will show you how to cook beets using a few simple techniques. You will never go back to canned beets ever again! 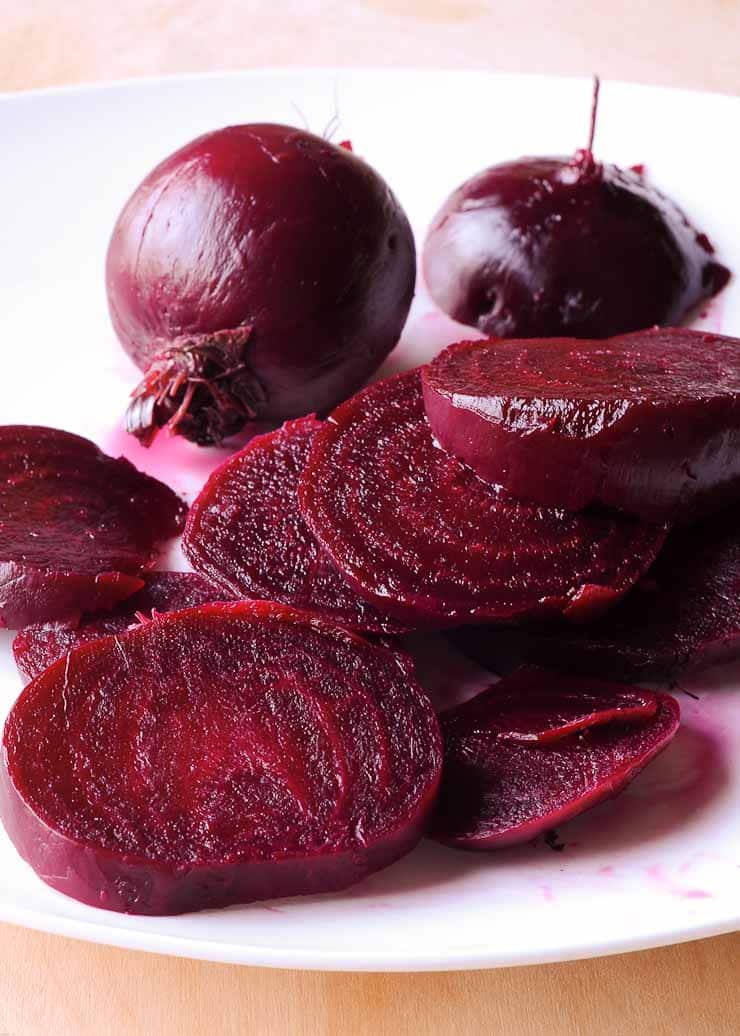 Once you boil and peel your beets, you can add them to fresh salads or warm them up with butter as a side dish. Sprinkle them with sea salt and drizzle with olive oil and you can eat them as a snack!

Origin of beets and their nutritional value

Beets are colorful and nutritious, and along with other root vegetables, have been used for centuries in food and drink recipes. Originally cultivated in Germany and Italy, beets have become important to European, Middle Eastern and Asian cuisines. From the Middle Ages, beetroot was used as a treatment for a variety of conditions, especially illnesses relating to digestion and the blood. Packed with antioxidants, folic acid, potassium and fiber, they can provide many nutritional benefits, particularly when eaten regularly.

Not only are they colorful and full of flavor, they also contain unique antioxidants called betalains, or betaine. These earthy vegetables are powerful liver cleansers and are currently being studied as a potential weapon in the fight against cancer. Did you know that almost the entire beet is edible? From the roots an stems to leaves?

What is the easiest and healthiest way to cook beets?

The easiest way to cook beets is to boil them. Once they are on a stove, you can forget about them for about half hour and them boom! Beets are done!

However, the healthiest way of cooking beets is by cooking them lightly. Studies show beets‘ concentration of phytonutrients, such as betalains, is diminished by heat. If you steam beets for 15 minutes – you will maximize their nutrition and flavor.

Does boiling beets destroy their nutrients?

Does cooking beetroot destroy their nutrients? When you cook beets you reduce the betalains and other nutrients like vitamin C because they’re sensitive to heat and high temperatures. It’s best to steam beets for less than 15 minutes or bake under low temperatures for about an hour to help retain their nutrients.

How to cook Beets

Can you use beet water after boiling?

Yes, absolutely!  I love using beet water to make pink rice. However, the best use for beet stock–the water you boiled fresh beets in–is to drink it. 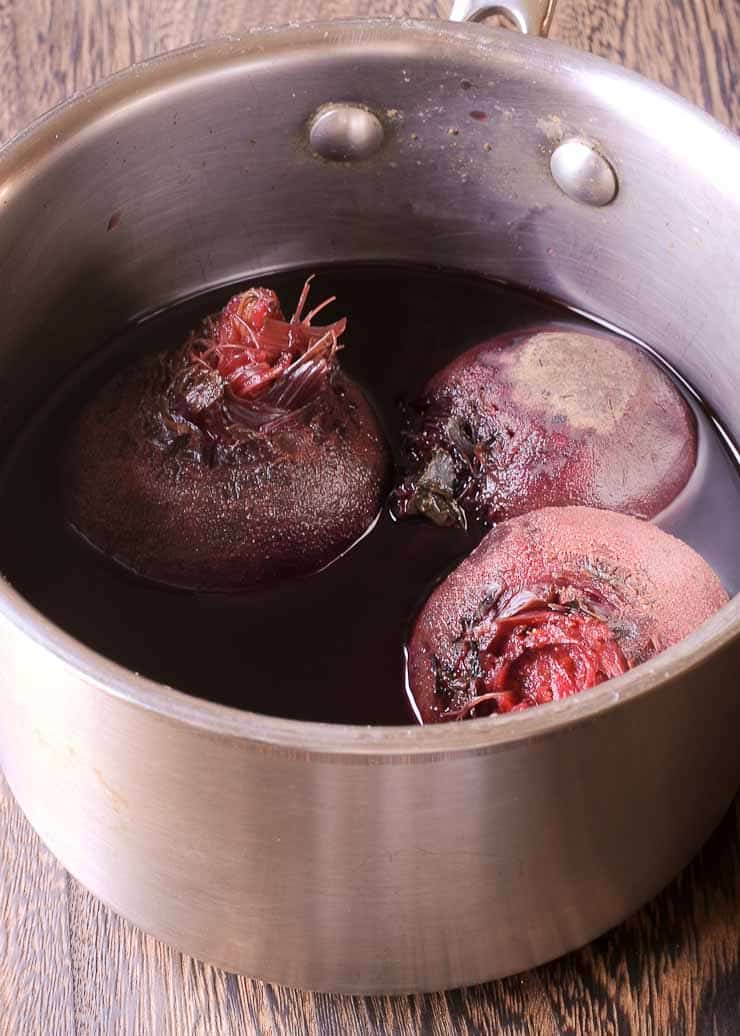 Remove boiled beets from the pot and place them on a plate to cool. 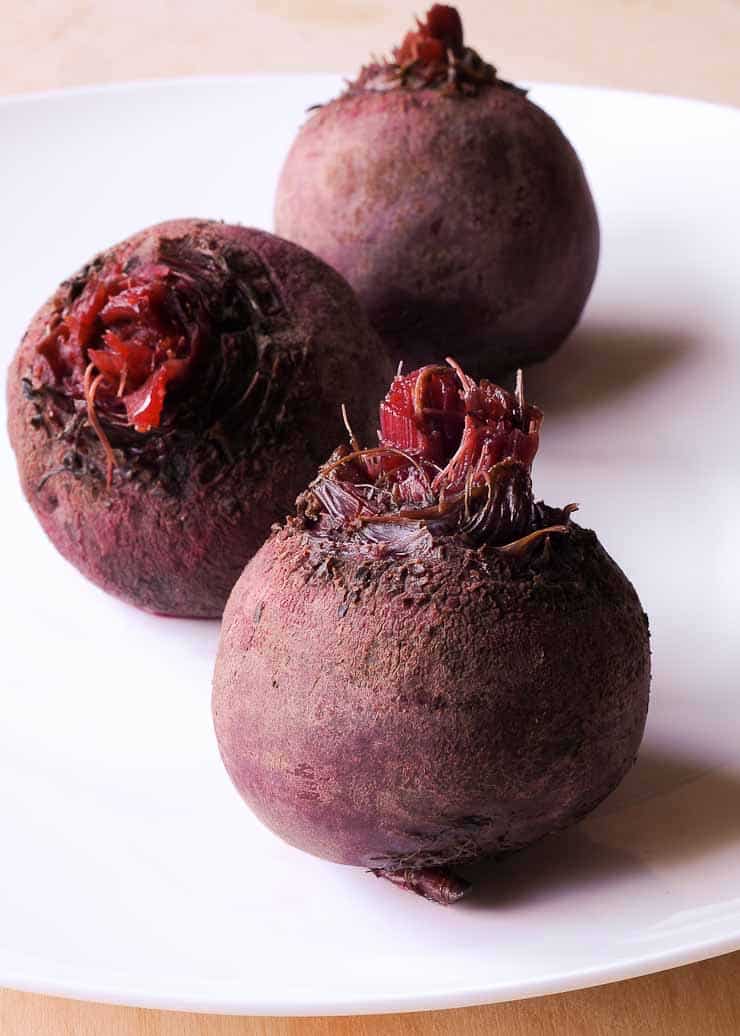 I always peel them while they are still warm but not too hot to touch. Use your hands to get the skins off and do not wait until your beets are cold. Cold beets are impossible to peel. 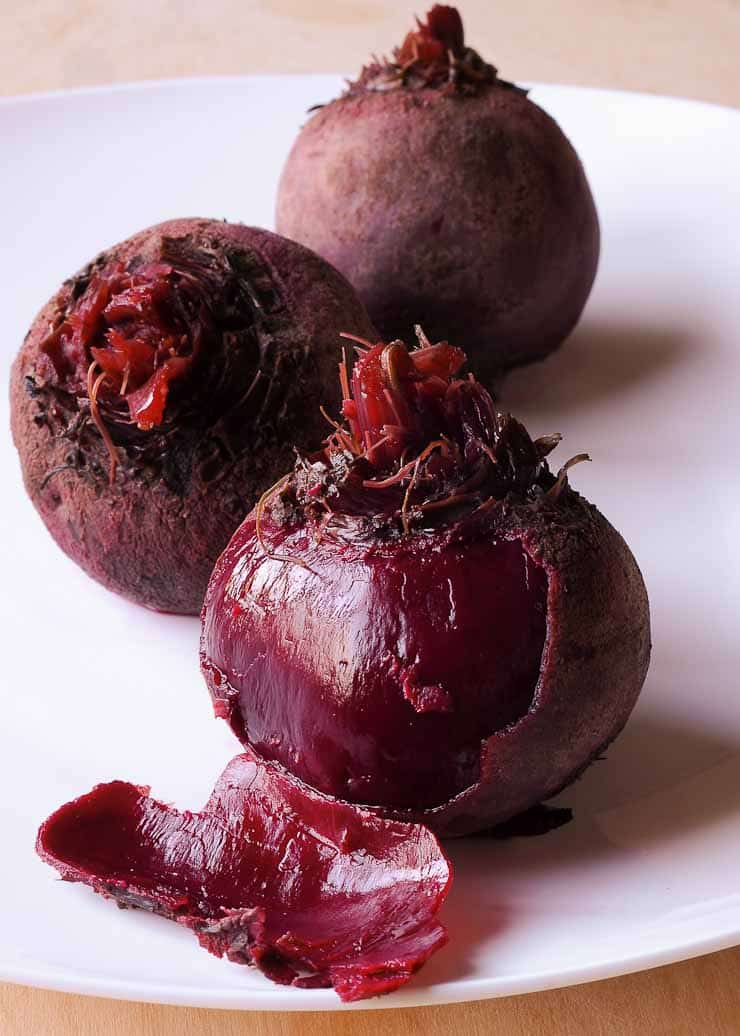 Peeled beets are shiny and smooth in texture. 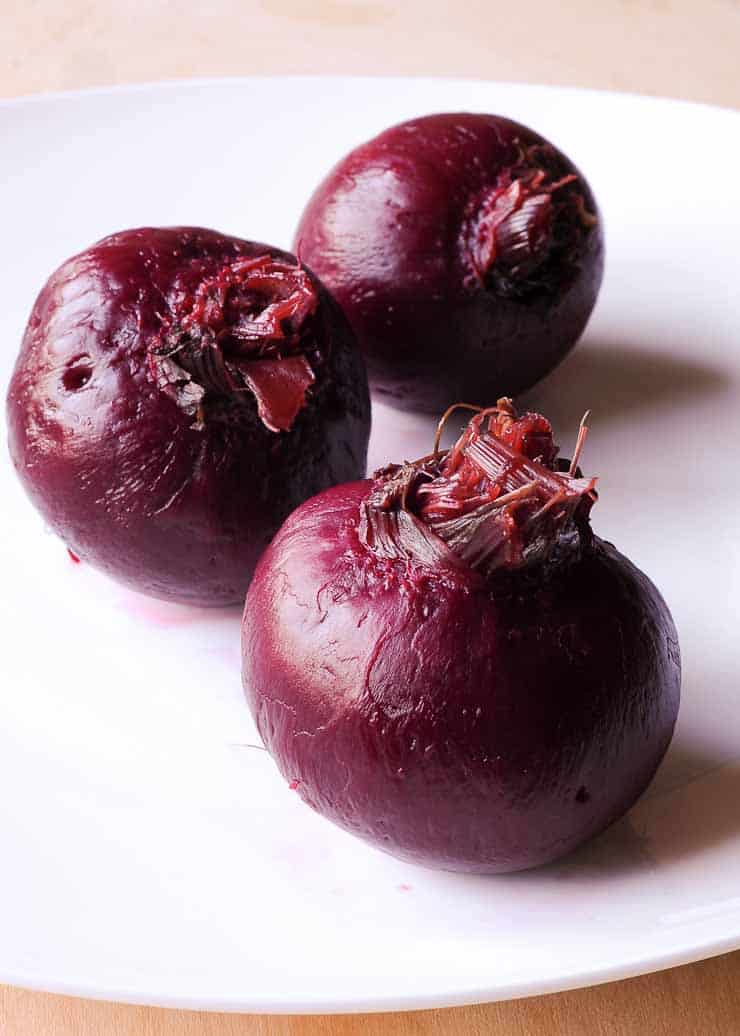 Lastly you will slice cooked beets before eating or storing them.

How to steam beets

While I am not a big fan of steaming beets, you can certainly do that as well. You would steam beets by slicing them first and then placing them in the steamer basket over boiling water. Steam for 15 to 20 minutes until tender.

How to roast beets

Roasting beets is another delicious way to cook them. I usually set my oven to 375 degrees and drizzle my beet wedges with olive oil, salt, and pepper. After I spread beets on the cooking sheet, I roast them for 45 to 60 minutes or until fork tender.

What is the best way of eating beets

If you roast, boil or steam beets, you can then cut into thin slices, cubes or chunks and eat them as is!

Benefits of Betaine in Beets

Betaine gives beets their bright red hue. What is Betaine? Betaine is a nutrient found in numerous food sources, including spinach, quinoa, brown rice, sweet potato, turkey breast, beef, veal and some seafood, such as shrimp. But it was originally discovered in beets, which is where the name betaine is derived from. It has long been studied for its benefits for the digestive tract and its positive impact on heart health.

Betaine also aids liver function and detoxification, fat loss, and muscle mass improvement. Did you know that Betaine hydrochloride is also derived from beets? It is thought to prevent fungi and bacteria from overproducing by ensuring that you have adequate levels of acid to kill them. 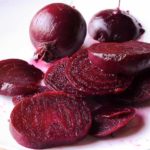 How to cook beets