Pan Roasted Rabbit in Wine and Garlic Sauce is the best and easiest way to cook whole rabbit. I will show you not only how to cook the rabbit right on the stove top, but also how to make it flavorful and moist with minimum time and effort. 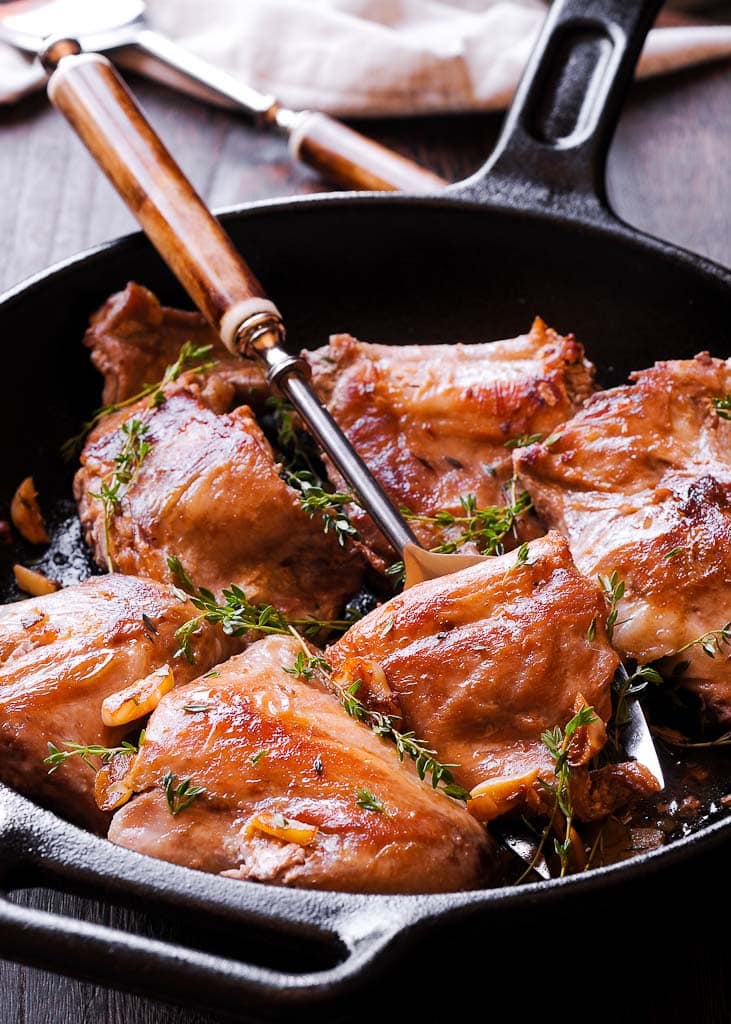 The Italians and French, and also Russians eat rabbit the way Americans eat chicken, which is to say, quite often. Rabbit meat is white and tender, and in taste is very comparable to chicken.

How to defrost a rabbit

Usually, you will buy a whole rabbit that is frozen. It’s important to let it defrost in a deep dish (whether it’s a baking pan or a large plate) inside the fridge, as the process of defrosting a whole rabbit will release quite a bit of liquid and you don’t want your fridge swimming in raw rabbit’s juices.

What skillet to use for pan seared rabbit?

Your pan needs to be at least 12 inches as you need space in order  to get that nice color on the rabbit. Space them too closely and the liquid will have nowhere to go, which means no caramelization and steamed rabbit instead of pan seared rabbit.

Make sure to use a good heavy skillet here, such as cast iron and make sure it’s a large one too.  I used 12 inch Lodge Pro-Logic Seasoned Cast Iron Skillet in this recipe – it’s well designed, has a helper handle and sloped sides – very sleek looking for cast iron! And it’s one of my most used kitchen tools!

A more traditional looking cast iron skillet that is also very well made is this 12 inch Lodge Cast Iron Skillet – it never sticks or leaves weird black dots like other cast iron skillets do. And it has over 9,000 positive reviews on Amazon:

It’s very easy to get that nice golden color on the rabbit when using a large cast iron pan. 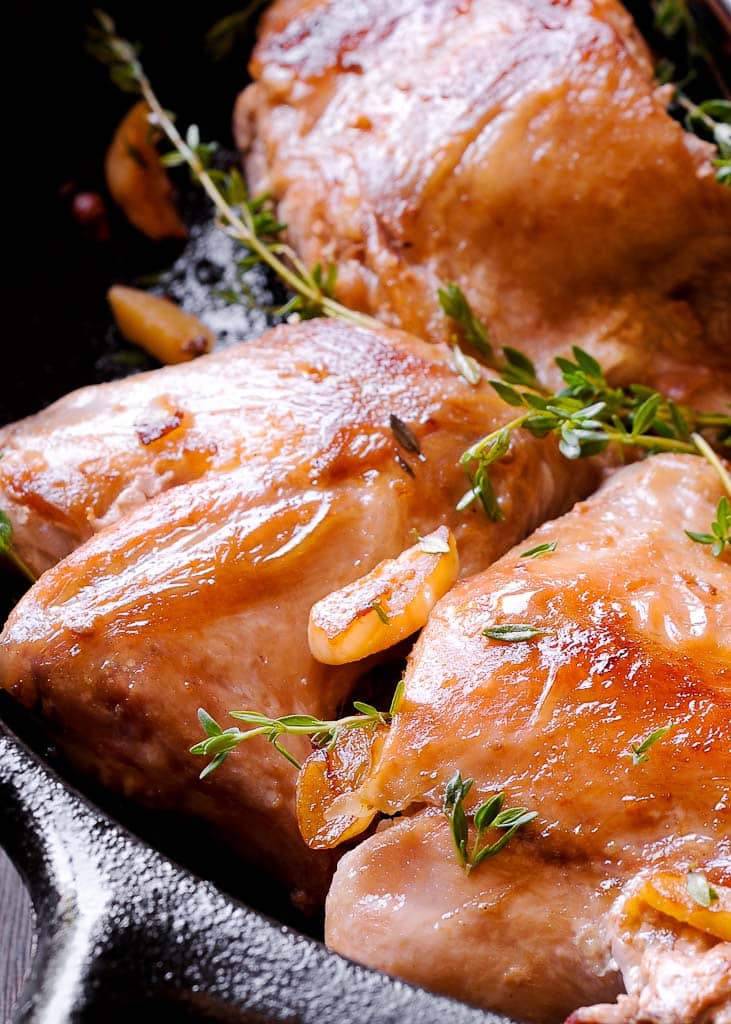 How to cut up a rabbit

Butchering a rabbit is no harder than cutting up a chicken. In fact, I used regular large knife that wasn’t even sharpened recently and it was just fine.

Rabbit’s bones are thinner than chicken’s and it’s very easy to cut. Much easier than it looks.

Lay a whole rabbit on the cutting board and prepare a large knife. 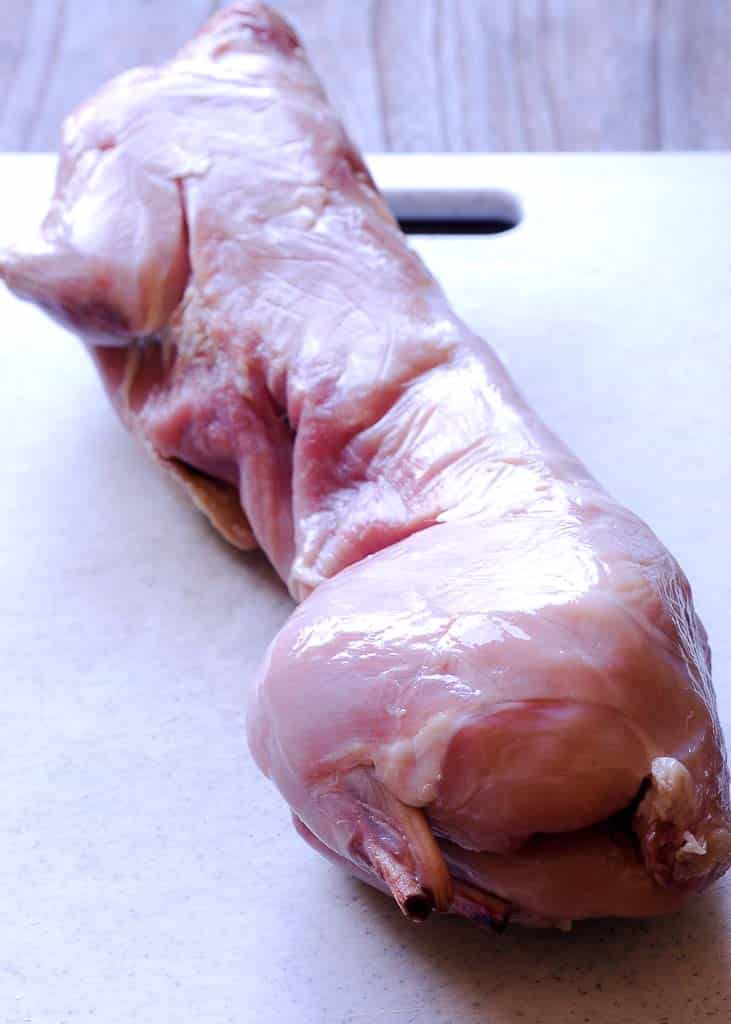 Cut the rabbit in 4 parts: back legs, 2 pieces for the bust and another piece front legs. Then divide the leg pieces in two so that each piece was only one leg.

That’s it! It took me about 3 minutes. 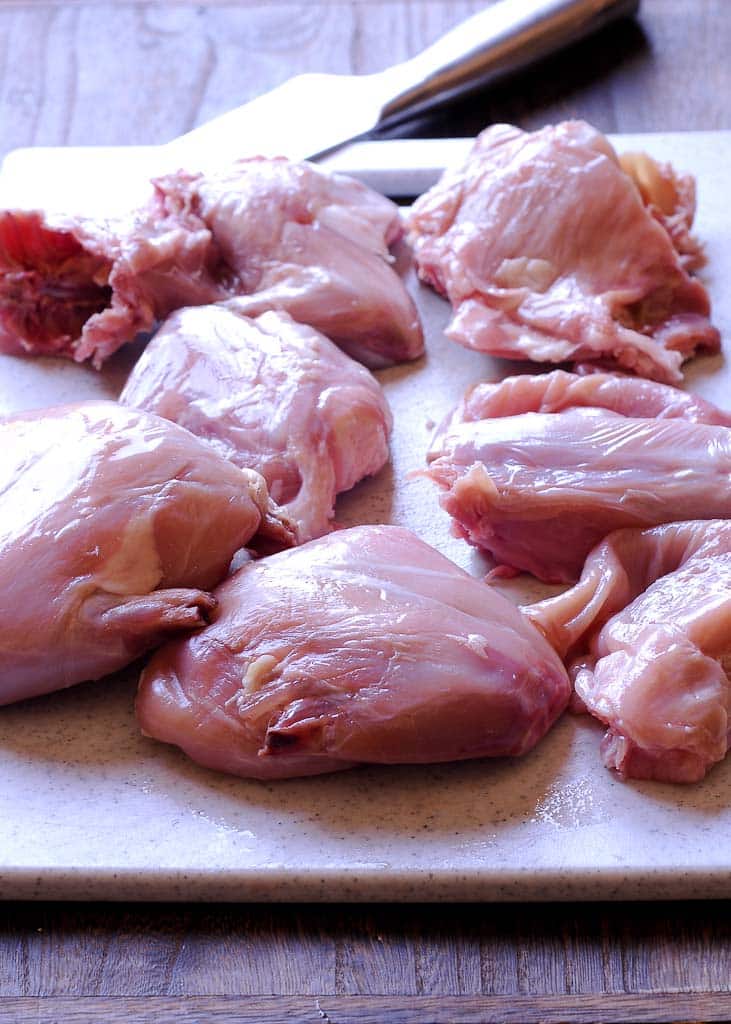 How to cook rabbit

Make sure to use either sunflower oil or olive oil (not extra virgin olive oil, but regular cooking olive oil). Sunflower oil is a better choice here due to its high heating point, but if you don’t have it, olive oil will do a great job as well.

Add the rabbit pieces and sear them on all sides until it is all well browned (5 minutes per each side).

Be patient when pan searing the rabbit

It’s important to be patient when coloring the meat – don’t turn too often. Season the rabbit with salt and pepper while it’s cooking. 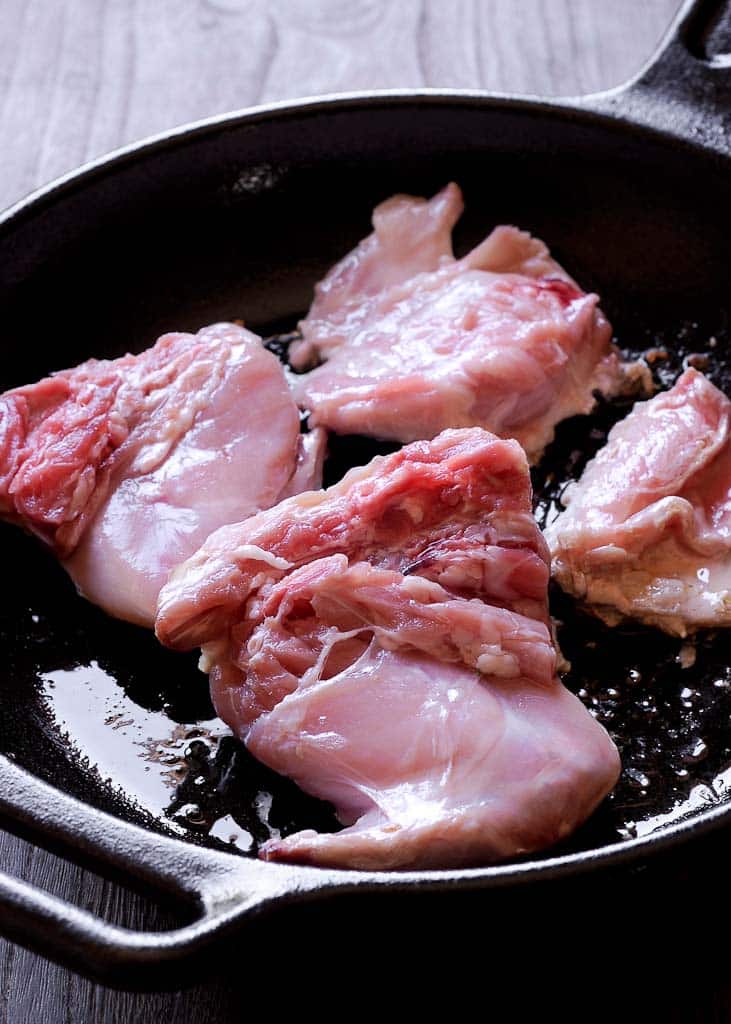 Interested in more pan seared dishes? How about these delicious recipes: 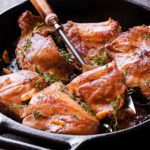 How to Cook Rabbit in Wine and Garlic Sauce

Cut the rabbit down

*The wine garlic sauce should be reduced quite a bit to intensify the flavor. - not too thick, but not too runny. When cooking, add a little bit of water when cooking, do not add chicken stock - otherwise the stock flavor will be too strong. 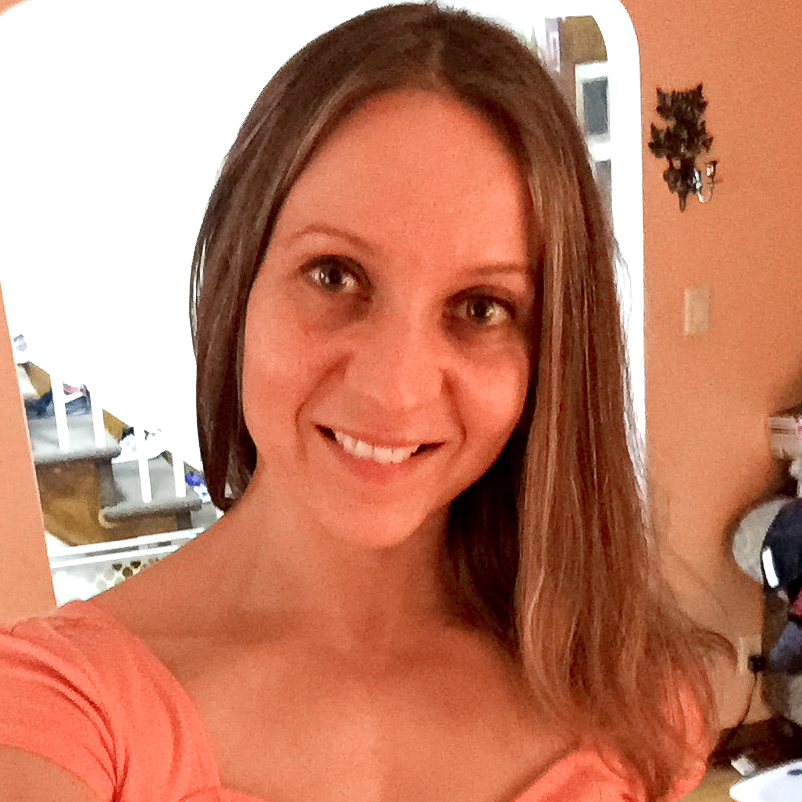